The Big Brother Titans show is already making headlines less than a week since its inception over the lack of bonding between the Nigerian and South African housemates Nigerian housemate, Yvonne, caused an online buzz after she was heard gossiping with fellow Nigerians about her South African counterparts .

Yvonne was heard telling Jenni O and Olivia that she is not one with the South Africans and she can see through them On the other hand, the South African housemates were heard talking about how they were finding it difficult to bond with the Nigerian girls but were willing to give it a try

The Big Brother Titans housemates recently made headlines after some of them expressed their difficulty in bonding with their colleagues from the other country. Recall that on January 16, 2023, 10 Nigerian and 10 South African housemates were introduced on the reality show.

A particular video has now made the rounds online of three of the Nigerian housemates, Yvonne, Olivia and Jenni O, expressing how they do not get along with the South African housemates.

In the viral video, the three ladies were seated somewhere in the Big Brother mansion when they started to express their feelings. 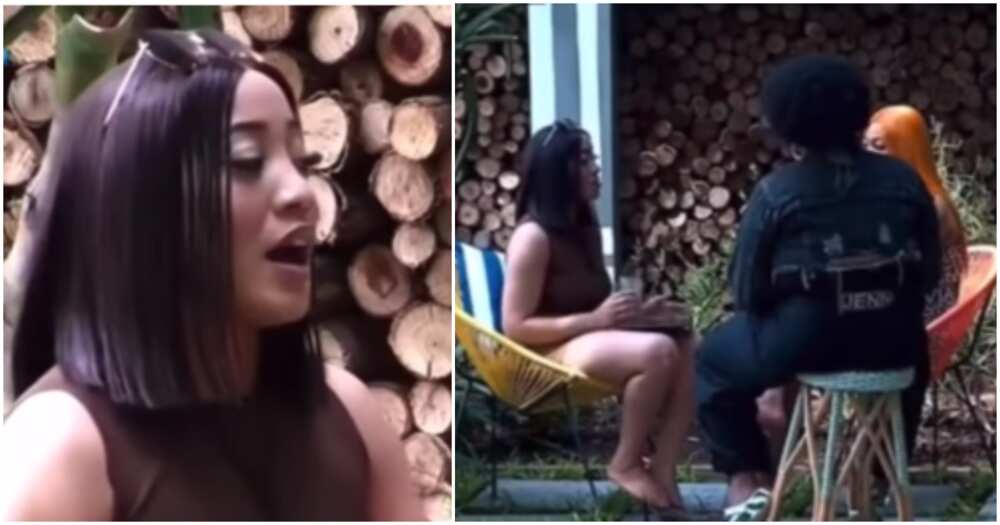 Nigeria’s Yvonne was heard saying she called bullsh*it to the faces of the South Africans and claimed that she could see through them. According to her, it is why she is not even trying to get close to them.

In her words: Yvonne: “I called bullsh*it on their faces, I said I can see through all of them, that’s why I’m not even trying to go close.”

Jenni O then cut in by adding that even their fellow South African, Juicy Jay, does not even connect so much with the ladies from his country.

She said: “Juicy Jay no dey even connect with them like that because I think he sees the bullshi*t in which they have.” Yvonne then resumed speaking and made it clear that she was not in for the whole ‘Africans, we are one’ narrative in the house. According to her, she is not one with the South Africans.

She said: “These ones saying that we are one, we are not one o, like this whole ‘we are one’, I am not one with you people.”

“You Won’t See Them, You’ll Only Hear Sound Of Exchanging Sali!va… The Only Genuine And Matured Couple In The House” – Mixed Reactions As BBTitans Ipeleng And Lukay Discrete The Garden Of Eden (Video)

“Yvonne And Juicy Jay Ki$$ Is A Content On Its Own….. The Best Ever On BBTITANS” – BBTitans Fans Gushes (Video)