BBNaija Double Wahala star, CeeC, recently shared a post on social media about altering her age and it got people talking According to CeeC, it seems she will have to reduce her age because being 30 does not fit her CeeC’s post raised a lot of eyebrows seeing as it came just a few hours after Mercy Eke was outed on social media for faking her age

BBNaija Double Wahala star, CeeC, has now got Nigerians talking after she shared a post on reducing her age shortly after Mercy Eke’s fake age drama. Taking to her official Instagram page, the reality show star shared stunning photos of herself and noted that she was in her pretty girl era.

Not stopping there, CeeC added that it seems she will have to reduce her age because being 30 does not fit her. 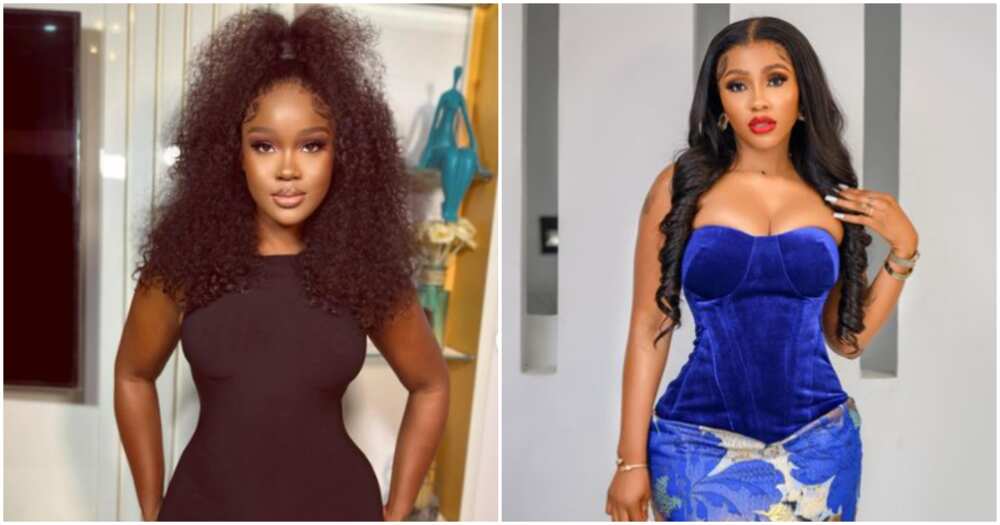 CeeC’s post came shortly after fellow BBNaija star and Pepper Dem season winner, Mercy Eke, was outed on social media after she mistakenly revealed her real age. Mercy had posted her Personal Voters Card (PVC), and netizens were able to use her details to discover that she is actually 32 despite recently celebrating her 29th birthday.

“You Won’t See Them, You’ll Only Hear Sound Of Exchanging Sali!va… The Only Genuine And Matured Couple In The House” – Mixed Reactions As BBTitans Ipeleng And Lukay Discrete The Garden Of Eden (Video)

“Yvonne And Juicy Jay Ki$$ Is A Content On Its Own….. The Best Ever On BBTITANS” – BBTitans Fans Gushes (Video)