Big Brother Titans Marvin opened up to Biggie during his diary session about his desire to work out The response Biggie gave Marvin has sent netizens into hilarious reactions, with most of them speculating on the country that owns the voice behind the mic Big brother Titans gave Marvin permission to lift anything in the house on the condition of not causing any destruction

Big Brother Titans has given Marvin permission to use the furniture in the house as gym tools. The Port Harcourt-born complained to Biggie during his diary session about not being able to work out in the house. 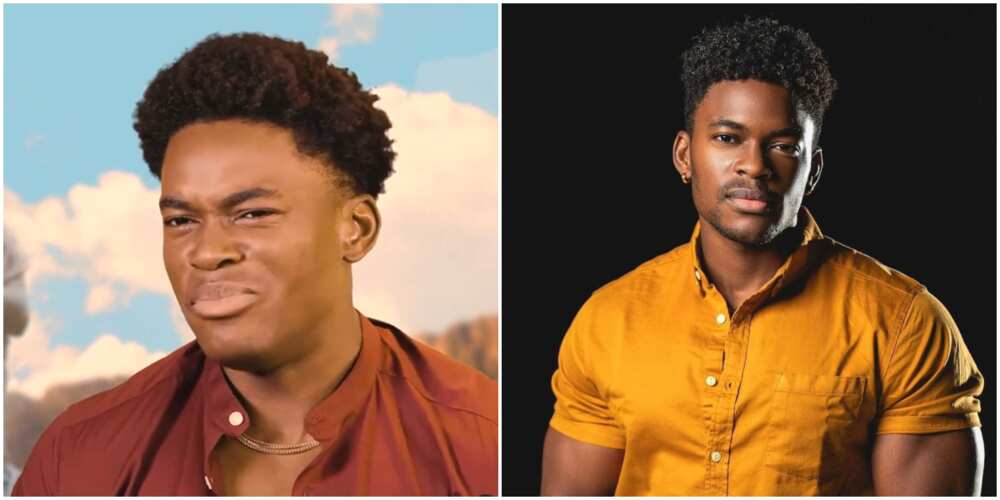 The deep-cloned voice told him he could use the furniture in the house as long as he didn’t destroy anything. Marvin’s background indicates that he is a gym rat who has an interest in sporting activities.

Netizens react to the video of BBTIans Marvin with Biggie luluphebz: “Does his face not hurt from smiling so much? ” accessoriesportbyzee: “Biggie wey no too well before. ” @oilecentric: At least he has permission to move Biggie’s furniture

fumyzdovee55: ” am sure na our biggie be dis.” agboola9762: “Biggie is not feeling fine from day one, wey Dey tell the idea girl make she inform the housemates say na she no make them see hot water again. ” iamflorencechioma: “Nah naija person be dis Biggie ono be SA.” teemat93:

“This brother na our own bcz him be savage.” abj.nicole: “I want this boy to come out of his shell!!! He’s so cute and his smile is heartwarming.” theagustinaakyns: “This guy is almost invincible in that house. Na hin muscles dey make person notice am.”