Big Brother Titan Housemate, Nana, has shared the heart-touching story of how she became a university dropout due to a lack of parental support. According to a story published by Instablog9ja, Nana disclosed this during a chat with other housemates yesterday.

She narrated that she was in the 300 level when she dropped out of school because nobody could take care of her. She said she later got pregnant and the baby died inside her womb. Nana revealed that she doesn’t owe her parents anything because they did not help her when she needed them.

Speaking further, Nana said she did a lot of nasty things at a young age due to parental negligence.

“I was six months pregnant and I didn’t know. I didn’t go for antenatal. The baby died and was decaying in me. My aunt took me to the hospital and lied that I had an infection. My mom said I passed out five times. I dropped out of school because there was no one to take care of me. I did a lot of nasty things due to parental negligence.” She stated. 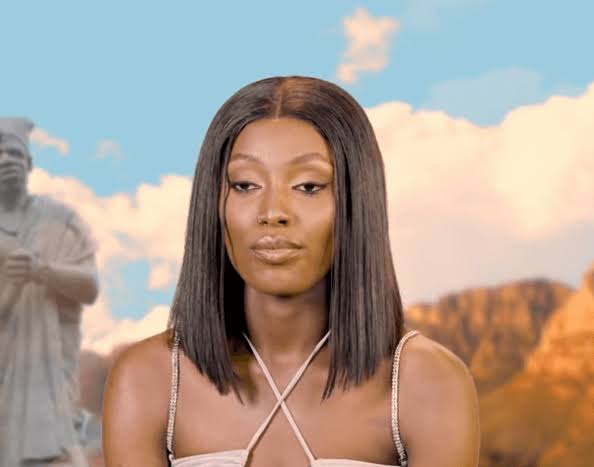 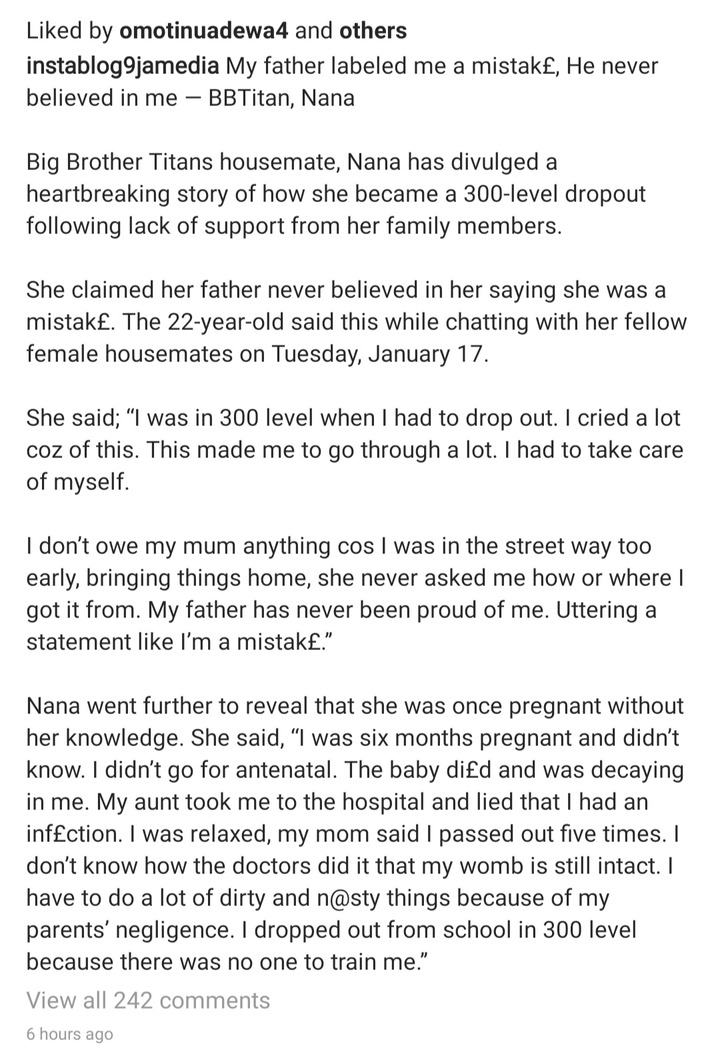